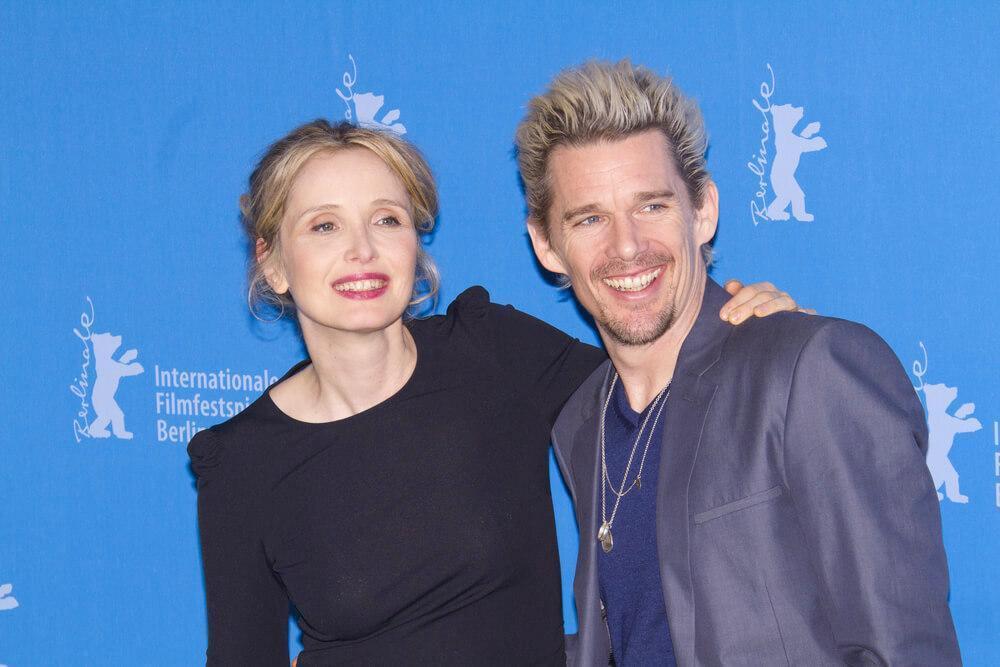 Think the boy meets girl plot is getting a little old? The fans of the “Before” Trilogy certainly don’t. They’ve watched Ethan Hawke and Julie Delpy meet three times in three different locations and didn’t find it hackneyed at all.

When comedy producer Richard Linklater announced his plan to release a two-hour romantic film featuring only two characters that took place over a 24  hour period, audiences wondered if it was some kind of joke. Would the  Linklater devotees have the attention span to sit through a movie with no dirty jokes or impromptu dance parties? Where would it get its depth?

But that was exactly why “Before Sunrise” was such a triumph. It got its depth from the characters, dialogues, and situations themselves. The film didn’t need to rely on the traditional Hollywood tropes to capture the attention of the American viewers.  The intensity of the relationship between Jesse (Hawke) and Celine (Delpy), the dialogue, and the situations were enough to keep watchers on the edge of their seats for two more installments worth. (Before Sunset and Before Midnight).

The trilogy documents the romantic relationship between Celine and Jesse from their first encounter in Vienna to their rendezvous in Paris to their tempestuous reunion in Greece. Ready to join them? Let’s see what made this Hollywood trilogy a phenomenon.

Although the individual installments themselves take place in one night, the entire trilogy takes place over 18 years. As the characters evolve, the actors evolve with them. The audience gets to see how the maturity of the actors themselves affect their on-screen portrayals.

However,  this is no Benjamin Button. There are no makeup or effects involved in aging the characters in the trilogy. Linklater is patient in his timing of the releases, allowing the film to grow organically and ripen with age. We also get to see the actors age physically, which makes them more relatable.

Another thing that makes the trilogy so refreshing is the fact that the films were written without the intention of a sequel. There’s no “I’ll be back” here or a final scene focused the killers hand emerging from a grave. Each film concentrates on telling its own story rather than carving the path to another one.

Instead of trying to integrate the plots of Before Midnight and Before Sunrise, Linklater, in collaboration with Delpy and Hawke give themselves time to think about where the actors would really find themselves in an eight-year period. This fact that the immense breadth of the movie can be captured by two characters makes the movie a one of a kind filmmaking achievement.

One would be remiss to talk about the “Before Trilogy” without making mention of its realistic dialogue. Of course, there were a few missteps along the way – remember the “media is the new fascism” conversation in “Before Sunrise?” But even with its cringe-worthy pretension, of which Jesse is often guilty, we have to give it credit for its accurate representation of twenty-somethings globetrotting around Europe.

This rings true again in “Before Sunset,” in which the dialogue shows the increasing jadedness of the characters as they grow toward middle age.  You may recall the walk on the beach scene where Celine and Jesse talk about their disappointment over the way that their lives turned out. When the gloves come off in “Before Midnight,” it’s safe to say that we don’t have any idyllic teens here. The bedroom scene is practically a knock down drag out.

Of course, Linklater can take a lot of credit on this one. He was even prescient enough to call in help from Kim Krizian to get a female perspective on things to truly capture the character of Celine.  His creative direction gave Delpy and Hawke the opportunity to develop their characters from an actor’s point of view.

Maybe not every scene in the “Before Trilogy” is totally realistic, but they are totally relatable. Sure, it may have been a little far-fetched to assume that Celine would walk into Shakespeare and Sons and find the book that Jesse has written about her on sale, but we can excuse the occasional serendipitous moment.

What is realistic, however, is the way the characters interact with one another while handling these situations. Remember that initial awkwardness between Celine and Jesse when they first meet in “Before Sunrise?” Compare that to your average boy meets girl scene. Linklater manages to give even the most uncomfortable moments a cinematic grace rarely seen in romance movies.

The Trilogy deals with life lived in the moment. Our strong identification with the characters causes us to recall our own similar moments. When we see the characters first meet, we are reminded of a time when love was new to us. When they say things they regret to one another, it reminds us of times when we wish we could have taken back our words. The relatability of the situations and part of what makes the “Before Trilogies” so enjoyable.

When the couple first meets in Vienna,  the city becomes a sanctuary for them, a place for them in which time stands still. Jesse says, “I feel like this is some dream world wherein,” and they basically are. As they float around the punk bars and ramshackle cafes, they feel little impact from the outside world. Because of the lack of conflict and minimal plot, the film relies on the act of falling in love as its forward motion. In doing so, it captures the all-consuming, thrilling feeling of a new relationship.

When Jesse and Celine reunite in Paris, they are swept away by its romanticism, the vibe of cinematic glory and the French New Wave of Film, the driving force that brings the couple together. The more downtrodden ruins of Greece, in “Before Midnight,” inspire the couple to focus on their marital problems. When Celine points out the ruins’ similarities to Rossellini’s  Journey to Italy, it leads to the dissection of both of the couples respective relationships.

Not only do the countries themselves provide the ideal backdrops for the threads of each film, the continent as well. It’s no accident that the filmmakers chose liberated Europe as the place where the couple can freely express their emotions.   Equally compelling is the way these emotions are influenced by Europe’s historical context.

The first film is set in 1995, when Budapest, the country Jesse was bound for, was just opening up its door, lending a sense of timelessness and exoticism.  The second film occurs in 2004, when Europe was expanding as a result of a shared currency between many countries,  mirroring the distractions of the couple’s increasing responsibilities. The third film shows Greece headed for turbulence, serving as an impetus for Jesse and Celine to focus on the less pleasant aspects of their marriages.

The care with which each location was chosen is just another example of the subtle brilliance of this masterful trilogy.

Let’s talk about the loss of it in “Before Sunset.” When the couple has only eyes for one another, they abandon all sense of time. As long as they both exist, every moment is forever.

We get our first shock of reality during the sequel during the walk from Shakespeare and Son’s to Celine’s house. The scene has an almost real-time feel to it, our first clue that this film will be a bit more serious than the last.

“Before Midnight” is an integration of the two. While the gushing conversations are reminiscent of the first film, the underlying tension of the outside world rearing its ugly head is  Sunrise all the way. The ability of the trilogy to capture time in such a variety of perspectives adds complexity to the deceptively simple storyline.

Not only is  “The Before Trilogy”  for romantics, but it’s also a film for cinema lovers as well. We’ve already discussed the Rosselini name drop in the first installment, (the “Third Man” is also singled out), yet there are more homages to the greats that are less overt.

Props go out to Eric Rohmer, for his moral tales that explored the complexities of the human heart. Although his films tend to be prosaic, they are often set in French locales. The more talky scenes in the trilogy are classic Rohmer.

The chat across the pinball table in “Before Sunrise?” Has Godard’s name written all over it. The boat that trolleys them across the River Seine in Paris is “Casablanca” inspired and you may recall Jesse’s slightly pretentious talk about his new book, in which all characters are linked by their appreciation for “On the Waterfront.”

How could we possibly give “The Before Trilogy” it’s full due without making mention of the spectacular performances by Ethan Hawke and Julie Delpy? Who would have thought there could be so much chemistry between actors of such diverse backgrounds?

Hawke is an American who can do it all, from the indies (Maggie’s Plan) to the thrillers (Sinister). He manages to pull off both ends of the cinematic genre with ease. As with most actors, he is most in his element when he is playing an exaggerated version of himself.

In “Before Sunset,” he plays the dorky American tourist to a T. While other actors may have made his initial advances on Celine look downright creepy, in Hawke’s hands, they come off as naively innocent.

Julie Delpy is the quintessential European woman, and like Ethan, also does a pretty good job playing the characters most like herself. When Celine’s shatters audience expectations by harshly critiquing the treatment of French media, Jesse’s a goner.

Check her out in the “Is there any kind of God?” speech.” Pure cinematic gold!

Speaking of cinematic gold, one would surely be remiss if he were not to mention the impact of the masterful cinematography in the movie.

Whatever else you say about Linklater, there’s no denying that the man knows how to hold a shot. ( no reference to alcohol intended). The awkward moment in the booth scene in “Before Sunset” would not have appeared so awkward had Linklater not hung on the faces of the characters with such stasis. And the scene with Delpy dancing while relating an anecdote about Nina Simone would not have been so lively without the camera movement. This balance between stillness and action is part of what holds the audience’s attention throughout all three movies.

The Depiction of Love

In “The Before Trilogy”, as in life,  love is a continuing story. Even though we all have our personal versions of it, there are similarities between all of them.

The first pangs of love can be  all-consuming and dizzying. Our minds focus on the object of our passion, and the rest of the world becomes a blur. Its as if we have been given access to our own private Eden, and the snake will never appear.

Of course, eventually, it rears its ugly head.  Life interferes and real-time comes into play. The moments together may still be precious, yet they’re clouded with responsibility. What was once all-consuming now become fraught with real-life distractions.

One of the reasons the “Before Trilogy “works well is that it so accurately captures the progress of a relationship. The depiction of first love in Before Sunset is so dead on, the viewer never envisions the possibility of turmoil. Yet when the sequels come out, it’s difficult to imagine that it would have turned out any other way. 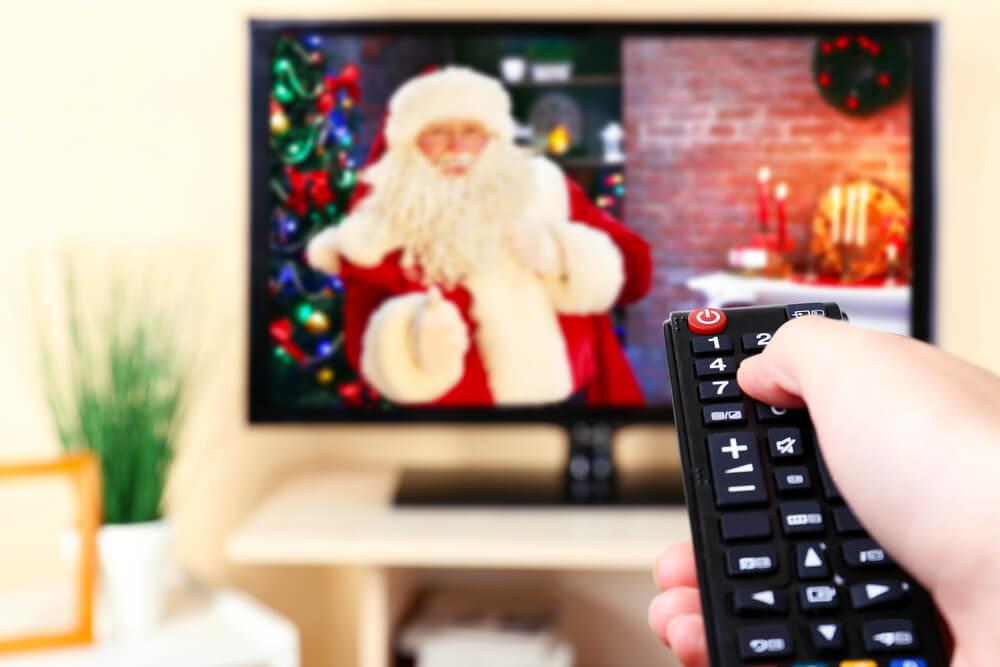