A trip to the sun-kissed islands of the Mediterranean is everyone’s dream. Who wouldn’t want to indulge in a rustic beach getaway from urban life? However, many tourists find the experience to be less relaxing than they hoped. Due to the high popularity of the Mediterranean, many of the well-known tourist locations are jam-packed with people, their plazas bustling with activity.

If you want a more serene (and hassle-free) vacation, consider some of the less known islands in the region.

The lack of popularity means fewer tourists, giving you a more peaceful experience that’s closer to the traditional culture of the area. If you do your research well (as you should!), you’ll find that many of these islands offer unique attractions that you won’t find elsewhere.

Here are some of the most stunning Mediterranean islands you’ve never heard of:

Typically, tourists frown at the idea of visiting locations without many modern accommodations. However, the lack of most modern conveniences in Alicudi makes it perfect for people tired of city life. Here, you will get to truly immerse yourself in the local culture as you enjoy your brief respite from the chaos of urban life.

Alicudi is the westernmost part of the Aeolian archipelago, as well as the inhabited island with the smallest population. The entire island is an extinct volcano that juts out of the sea, complete with rugged hillsides and abundant landscapes. The isolated populace numbers below a hundred, and they rely solely on boats and mules for transportation.

As there are no vehicles here, you’ll have to explore the island by hiring mules or by trekking yourself. Numerous pathways spread out over the island, giving you access to the terraced fields and flower patches scattered throughout Alicudi. You’ll have to climb for several hours to reach the crater at the summit, located over 600m above sea level.

Aside from trekking, immerse yourself in the fresh seaside air and sunshine at the various beaches. Don’t forget to taste the daily catch; it doesn’t get any fresher than this.

Those who want to get away from it all will find Alicudi especially welcoming. While there are essential utilities such as water and electricity, you’ll be hard-pressed to find other modern conveniences. The small port community has some shops and a public payphone. You’ll find a hotel and a restaurant that serves hearty traditional meals. Note that you need to bring enough cash for the whole trip, as there aren’t any credit card facilities nor ATMs in Alicudi.

While the lack of modernity might deter some travelers, others long for the peaceful solitude that Alicudi can provide.

Astypalea is an island shaped like a butterfly’s wings, with two masses connected by a small area of land. Its name comes from a nymph whose beauty was sought after by Poseidon himself.

Indeed, visitors describe their trip to Astypalea as a divine break from the bleakness of the world.

A Drop of Heaven

To access the island, which rests in the middle of the Aegean Sea, visitors have to take a trip by boat that can last for hours. You’ll have to cross vast expanses of the Meditteranean sea, and being surrounded by sea is a surprisingly satisfying experience.

So, what’s there to explore?

Your visit should include Chora, the scenic capital of Astypalea. You’ll marvel at the delightful contrast between the white rows of houses and the dark, fertile soil. The ruins of a Venetian castle complete the scenery, which looks heavenly.

Astypalea’s beaches are few and scattered throughout the perimeter of the island, ensuring your privacy. The sands are pristine, considering the relatively low tourist traffic that the island receives.

Churches and shrines also dot the city, complete with Hellenistic mosaics. If you’re up to exploring, a curious tourist spot is a 2750-year-old cemetery, where newborns were buried inside urns.

Kythira represents the intermingling of Greek and Italian cultures, with its proximity near the Aegean and Ionian seas. Its history of conquest by the Russians and the British further adds to its cultural melting pot.

That said, Kythira retains a robust Greek charm. Its status as the birthplace of Aphrodite further adds to its allure. Despite being a lesser-known destination, the island still boasts a diverse set of attractions that are uncommon in other secluded locations.

Did that introduction encourage you to visit Kythira, and now you’re asking, “Well, how can I get there?”

Accessing the island is less of a hassle than what you might expect since Kythira is a destination for local flights. However, try a pleasurable boat trip from Athens or Neapoli if you can spare the time.

Kythira rewards intrepid explorers with hidden treasures such as pristine waterfalls and lush ravines. You’ll even get used to the aroma of wild oregano—the herb is one of the leading products from the island.

Here are more ideas of places to explore on your visit to Kythira:

One of the more well-known islands on this list, Folegandros, may be tricky to visit. The rustic island, named after the son of King Minos, was once used as a place to exile political prisoners due to its secluded location. Undoubtedly, a lot of these prisoners found life at Folegandros to be so relaxing that they decided to settle in for good.

You might be surprised by the number of visitors that visit Folegandros. For over a decade, the island has been known as an alternative to more visited islands of the Mediterranean. Some tourists might frown at the energetic nightlife, which might remind you more of typical urban streets than a bucolic Greek paradise.

Don’t let the lights and music fool you, though!

There are many dining spots in Folegandros that can give you a more quiet experience. When the morning comes, the music bars and glitzy crowds give way to the more old-fashioned flourishes of the island.

Relative to other islands, there aren’t a lot of notable tourist attractions here. Nevertheless, Folegandros more than makes up for it with its variety of beaches and coves. Look around and immerse yourself in views of terraced rice fields, sheer cliffs, and whitewashed buildings on a background of azure waters.

Salina used to be called Didyme due to the twin inactive volcanoes that dominate the island. The volcanic soil and abundant freshwater springs ensure that this island is the greenest in the Aeolian archipelago. The abundant flora gives Salina a sense of tranquility.

Even the movie industry agrees—the movie Il Postino was shot on this island.

At certain times of the year, wisteria and caper flowers grow abundantly in the area. We highly recommend taking walks as the gentle scents give you the best aromatherapy you’ll ever get.

Salina is also known for its high-quality agricultural products. Food experts recognize the locally-grown capers as some of the best in the world. An annual festival celebrates these capers, which locals marinate in fresh sea salt and low-acid olive oil. Most street food and many local dishes incorporate these extraordinary capers, and you’ll be remiss not to try them during your visit.

You can also indulge in the local seafood, which includes stuffed swordfish and octopus salad, among others. There are also multiple wineries scattered throughout the area. Look for their sweet Malvasia wine, a legendary delicacy.

Pantelleria is a hidden gem between Sicily and Tunisia. It was known initially as Bent-el-Riah, which translates to “daughter of the wind,” due to the strong winds that pummel the area. The island offers no substantial beaches, so many tourists snub this destination.

What many don’t realize is that this unique island is a treat for more adventurous visitors. The sheer cliffs and black volcanic rocks make Pantelleria the black pearl of the Mediterranean. The numerous coves and cliffs can more than make up for the lack of beaches.

One of the most prominent features of the island is the volcanic landscape. Don’t be surprised to start wondering if you’re still on Earth. The dark scenes can seem out of this world.

If you’re up to some fun in the water, the various coves on the island are perfect for diving and snorkeling. Boat rides are also a favorite among tourists. With few visitors daring to visit the island, you can enjoy the serene environment without interruption.

The agricultural resources are also a sight to see. Feast your eyes on terraces of caper bushes, grapevines, and olive trees. The abundance of plant life is how Pantelleria earned its status as a UNESCO World Heritage site.

The Mirror of Venus

Finally, your trip to Pantelleria would be incomplete without a visit to Specchio di Venere. Also known as the Mirror of Venus, this natural lake rests inside a volcanic crater. Your eyes will appreciate the deep shades of emerald and azure. Locals also say that the mineral-rich water has therapeutic effects, rejuvenating your body after a long day.

When translated, Iles Sanguinaires means “Bloody Islands.” Despite the grotesque name, the group of four islets is renowned for the tranquility they offer to visitors willing to explore lesser-known islands.

There are many possible explanations as to why the islands got their name. Perhaps the most stunning reason is what happens during sunset. The sea and sky take on a deep red hue, which gets reflected on the volcanic rocks that jut the landscape. These intense sunsets are revered by locals and sought after by visitors. Arguably, Iles Sanguinaires offers the best evening displays.

If you like to get close with nature, then you’ll be delighted by the groups of sea birds that live here. The island group is a designated reserve for both plant life and wildlife, harboring many species that are hard to find elsewhere.

Iles Sanguinaires is a favorite among local diving and snorkeling enthusiasts. Hundreds of ships have crashed on the island shores, giving people many opportunities to explore.

There is a historic lighthouse built in 1870 that rests on top of the largest isle, Grande Ile. The legendary Alphonse Daudet described the tower as having an enchanted and serene allure to it.

Indeed, looking at the islands is deeply relaxing.

Chios is a large island just east of the Aegean Sea that has a little bit of everything that Greece can offer. The island is renowned as the birthplace of the legendary poet Homer, as well as several other prominent politicians.

Chios is also world-famous for its mastiha. Also known as mastic, this flavored resin comes from the indigenous bushes that grow within the island. Locals have been chewing this curious substance for much of history, and they incorporated mastiha into local cuisine and medicine.

There are around 24 villages in Chios that thrive off the mastiha industry. Once you visit these locations, you’ll find that their communities are some of the oldest and most traditional in the Mediterranean. The imposing walls and low gates give way to buildings with stark geometric designs and maze-like alleys.

With a leisurely drive around the island, you’ll get to see tidbits of Greek culture in the abandoned villages and divine monasteries. Don’t forget to visit the Monastery of Nea Moni, which is a UNESCO site. Natural wonders such as sea caves, springs, and canyons also await the intrepid explorer.

For more modern thrills, head out toward the capital. Chios Town offers a level of vibrancy and activity that contrasts nicely with the rest of the serene island.

Hopefully, you now have more options to choose from for your next vacation. Despite their lack of popularity, these destinations prove that there is more than what meets the eye.

May you have the Mediterranean vacation that you deserve! 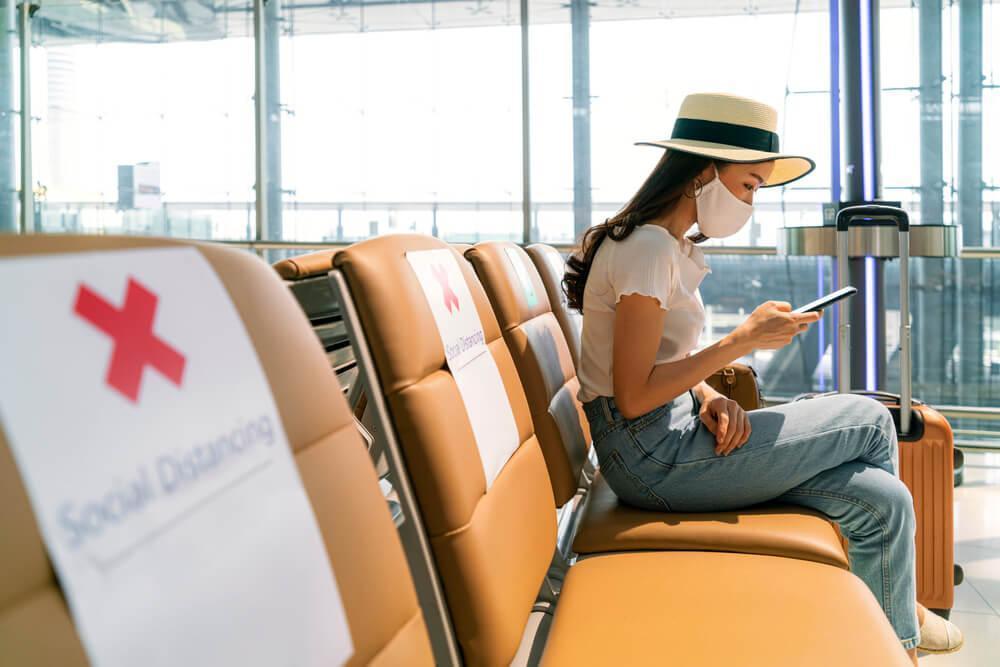 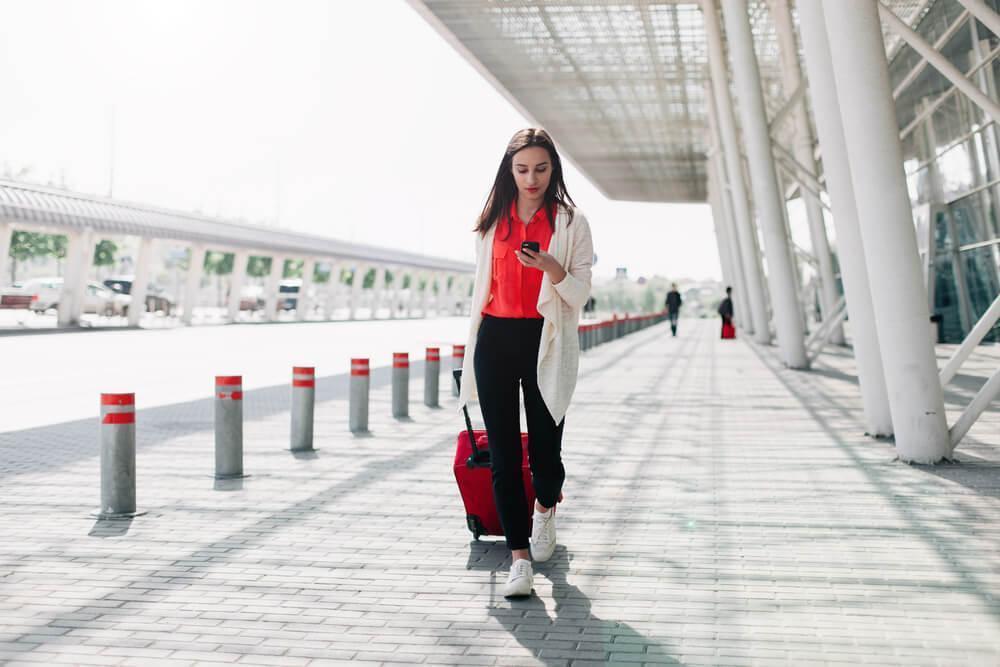 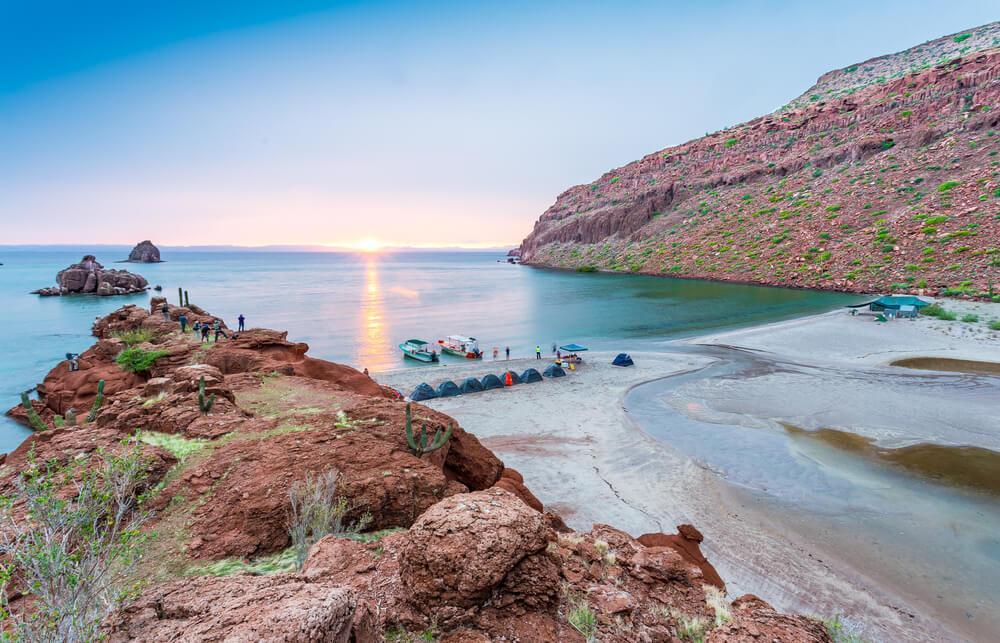