You probably already know that your diet is key when it comes to weight loss, but did you know that there are certain foods out there that can actually help you to lose weight?

Whether it’s due to the way in which they speed up metabolism, keep you feeling fuller for longer, or help to stave off cravings, these are the seven foods to eat more of when you are on a weight loss journey. 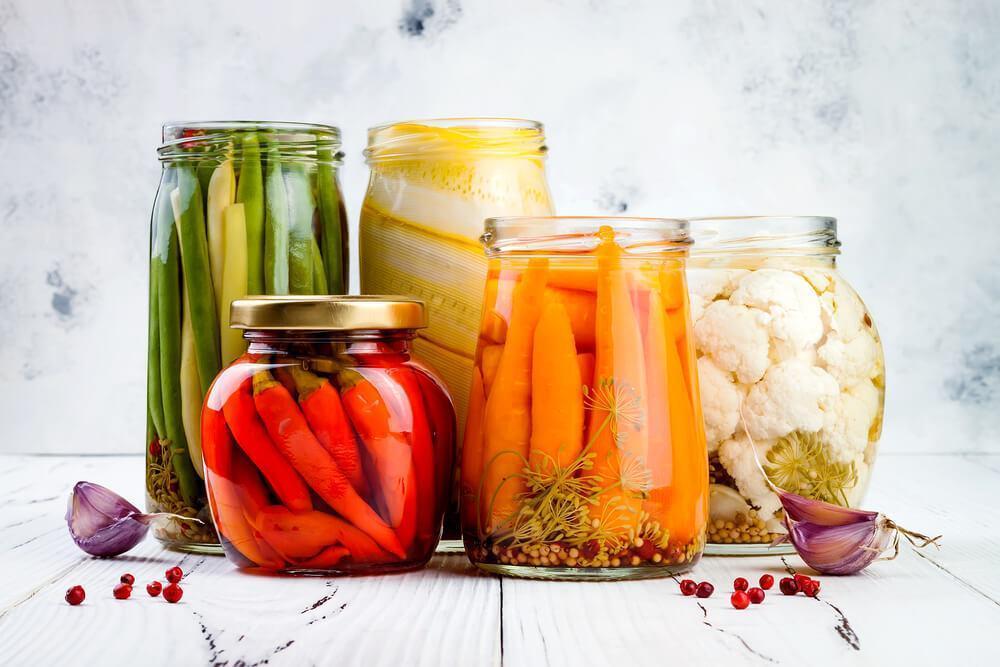 Probiotics have really been in the limelight lately. Everything from sauerkraut to kefir to kombucha has been popping up in local grocery stores, with more and more people realizing how keeping their gut healthy can really benefit their overall health.

Well, did you know that there is a link between gut health and weight too?

They do this in a few different ways:

There are so many different probiotic strains out there, and while they all may be beneficial in their own way, Lactobacillus gasseri is the strain that shows the most potential when it comes to weight loss.

How to Add More Probiotics to Your Diet

The easiest way to increase your probiotic intake is by eating more yogurt. Go for a yogurt that contains live and active cultures, rather than a highly-processed and sugared product, as the latter contains very little probiotics.

While you may be tempted to go for a low-fat yogurt, full-fat versions have been proven to be better for weight loss, and also contain far less sugar.

Other probiotics worth trying include:

Bananas are also a great source of probiotics. 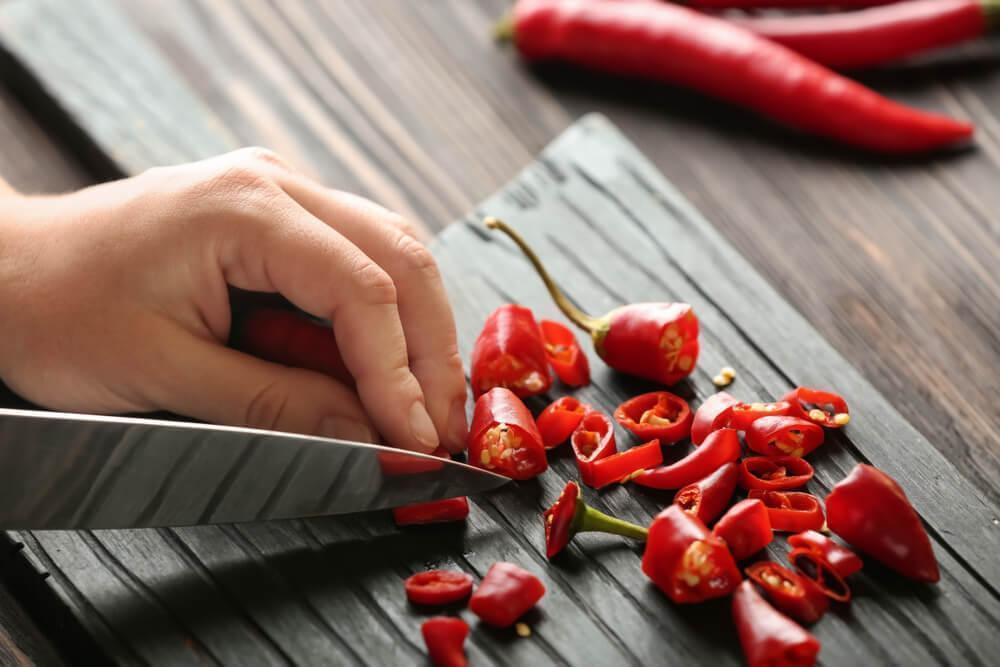 If you’re looking for a way to spice up your new and improved healthy diet, hot chili peppers are the answer. They contain a chemical compound called capsaicin, which is what gives them their heat.

That very same compound has also been shown to help with weight loss and management in a few different ways:

However, one thing to note is that the effect that capsaicin has is more noticeable in those that don’t regularly consume spicy foods.

How to Add More Hot Chili Peppers to Your Diet

This can be a tricky one, especially if you aren’t a fan of spicy foods. For those who are, chilis can be added to just about everything, from scrambled eggs to pastas to sauces.

If you aren’t able to tolerate much spice, start off slow. Not all chilis have a strong and pungent kick to them – some can be pretty mild!

Good chillis for a beginner to start with include:

You can also reduce how spicy your chili-filled meals are by leaving out the chili seeds. However, don’t forget that you do also need a certain level of spice for the chilis to work their weight loss magic.

If you already regularly eat chilis, then try going for something even hotter than your usual favorites, such as: 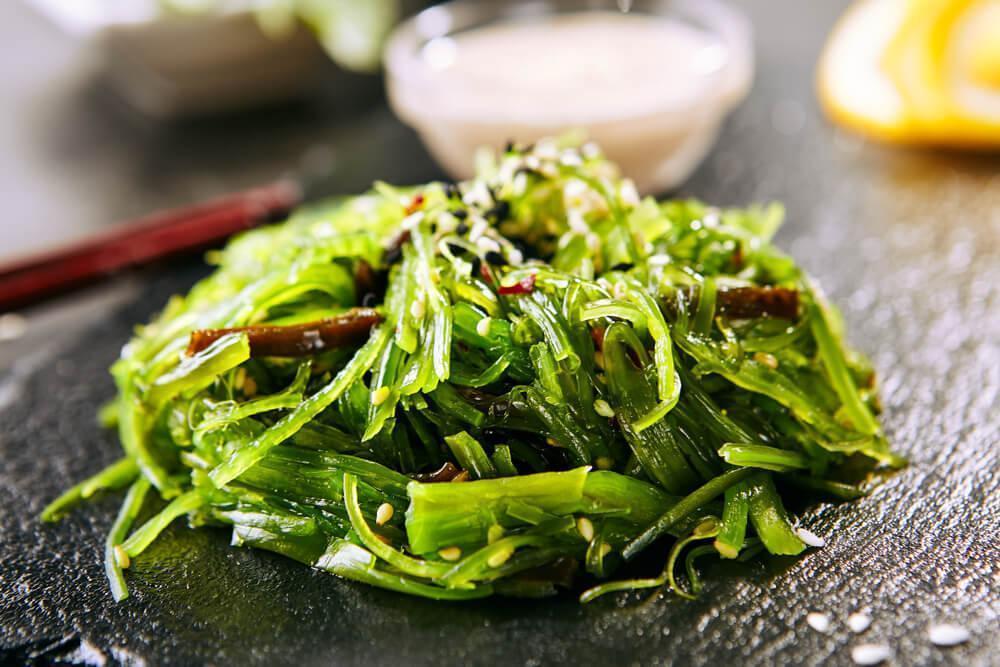 Kelp is considered to be a superfood because of how nutrient-dense it is. It’s a type of seaweed that grows in shallow waters, and it’s already an extremely common component to Japanese cuisine – around 21% of Japanese meals make use of kelp!

In addition to being packed with nutrients, this superfood also contains natural compounds known as alginates. When consumed, alginates slow down the rate at which the pancreatic lipase in the body works, which is the enzyme that digests fat. Therefore, research suggests that the more kelp you eat, the less fat your body will absorb.

How to Add More Kelp to Your Diet

Although commonly eaten in Asian countries, many are put off by the idea of eating seaweed, not realizing just how delicious this ingredient really is.

A few meal ideas that incorporate kelp include: 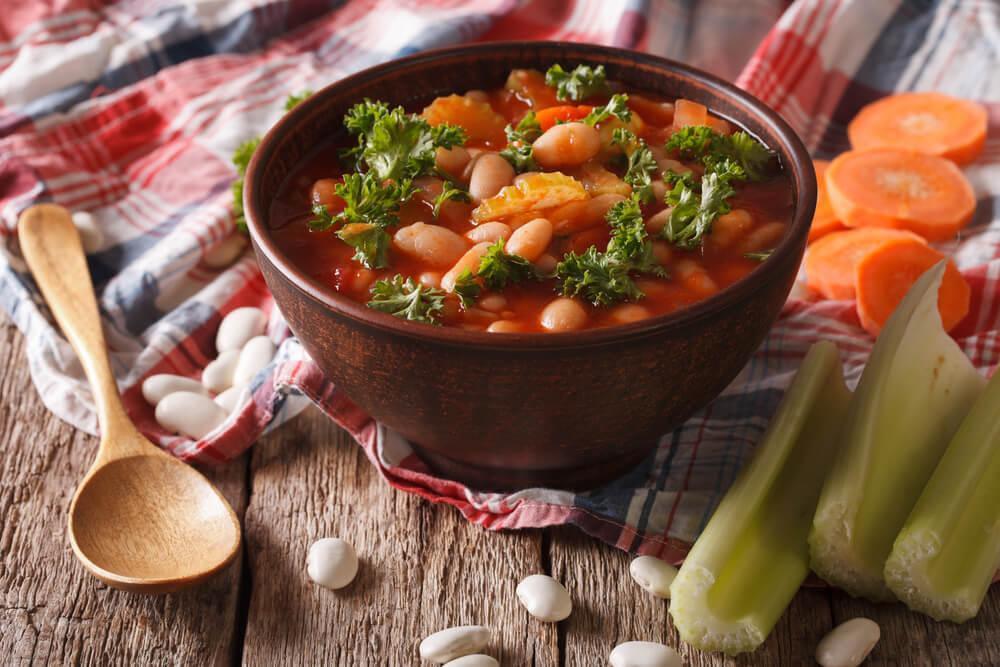 Pulses are part of the legume family, with this food group including ingredients such as:

Pulses are basically the edible seeds of legume plants, meaning that they grow in pods that come in a variety of different shapes, colors, and sizes.

Pulses have long since been known to be a healthy meal option for those trying to lose weight, but it has recently been discovered that these foods contribute to weight loss in their own unique way, even if you don’t change your diet in any other way.

By increasing how full you feel by 31%. This then means that you will eat less overall, which not only helps with weight loss to begin with, but also prevents that weight from piling back on afterwards.

How to Add More Pulses to Your Diet

Pulses are usually bought either dried or tinned, and while both can easily be incorporated into a meal, dried pulses take a little more time – they need to be soaked in water before they can be cooked. With tinned pulses, you can simply use them cold straight from the tin, or add them to a dish you’re cooking.

From chickpea frittatas to lentil soups, there are so many recipes out there for pulses, especially if you’re willing to get a little creative. 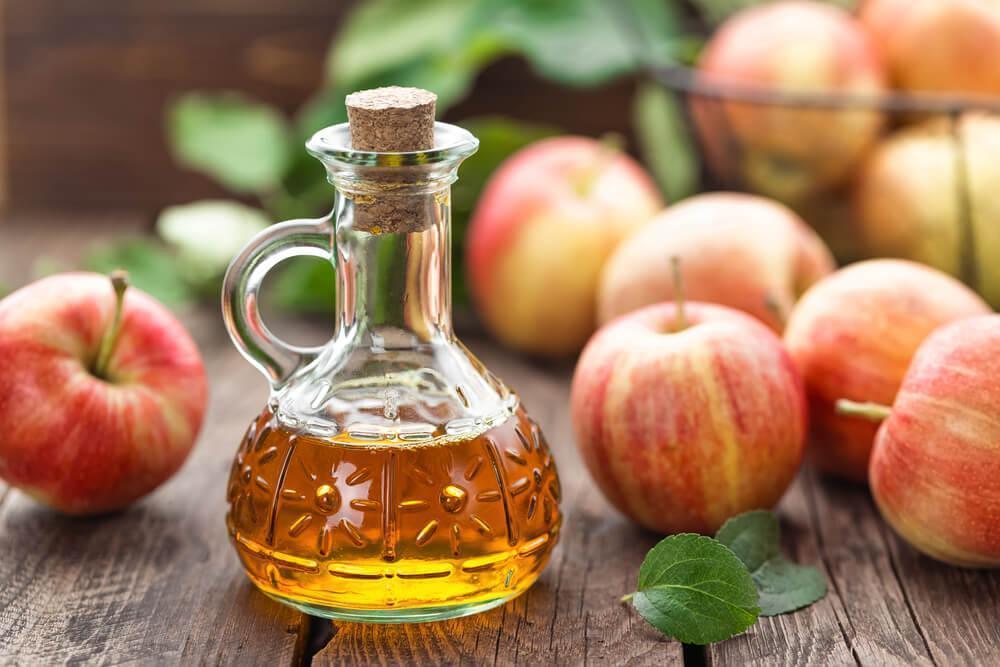 If you have been looking into weight loss trends and fads, then apple cider vinegar is an ingredient that you’ve probably heard mentioned quite a few times. In general, apple cider vinegar provides a number of different health benefits, which is why it has been used as a tonic since ancient times.

What exactly is apple cider vinegar?

It’s a fermented product, which means that it has probiotic benefits too. It starts with crushed apples that have been combined with yeast, with a special bacteria added into the second stage of the fermentation to turn any alcohol in the solution into acetic acid.

The weight loss benefits of apple cider vinegar all come down to acetic acid. This short-chain fatty acid contributes to weight loss in a few different ways:

How to Add More Apple Cider Vinegar to Your Diet

One of the most popular uses for apple cider vinegar is in salad dressings. Simply mix it with olive oil and then drizzle over your favorite salads.

Alternatively, simply mix some into water and then drink this straight. Ideally, you want to be drinking around one to two tablespoons of apple cider vinegar a day in order to experience its weight loss benefits. Split this into two or three doses, and try to consume it before a meal.

Don’t be tempted to increase your dose – this can trigger a number of unwanted effects, including nausea and eroded tooth enamel. 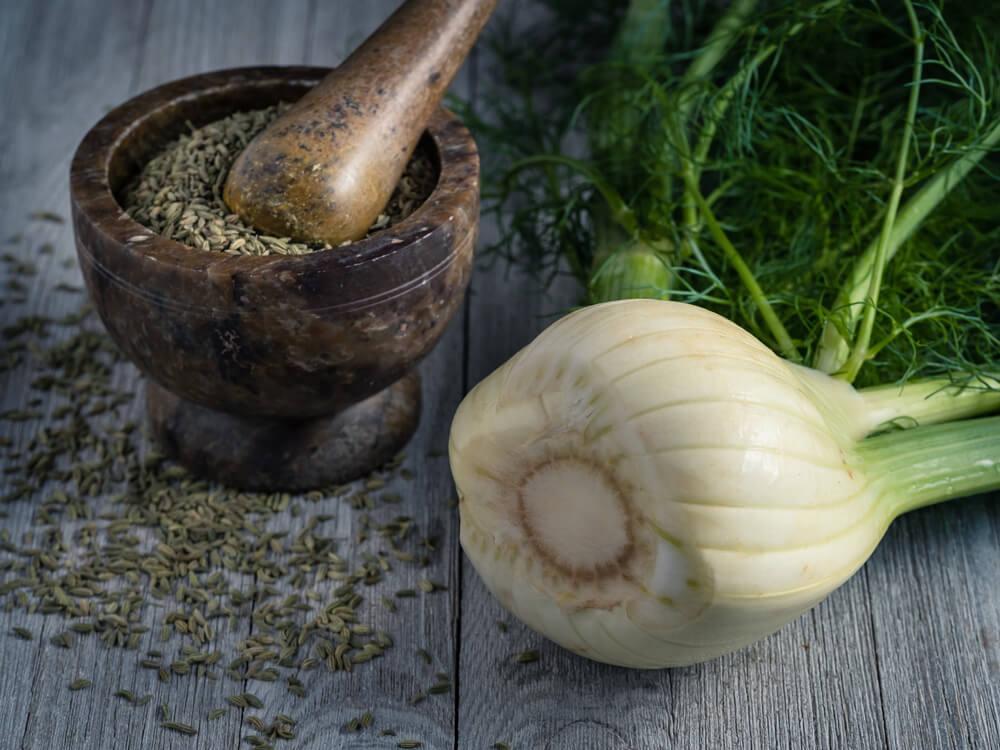 With a crunchy bulb, fragrant frond-like leaves, and nutrient-rich seeds, fennel is such a versatile food. It is a vegetable that is absolutely packed with flavor, and can help with weight loss in a few different ways:

How to Add More Fennel to Your Diet

One of the most popular ways to consume fennel, especially for weight loss purposes, is as a tea. This really enhances its diuretic effects. All you need to do is crush up some dried fennel seeds and place into a tea bag or ball, before steeping in hot water for ten minutes. If you would prefer a weaker cup of tea, steep it for less time.

Alternatively, use fennel seeds whole in breads – they add such a beautiful, aniseed-like flavor, as well as a great texture. You could also grind the seeds up before adding into your dough if you don’t enjoy the texture.

Tasted fennel seeds added to different grains, such as brown rice or quinoa, are always delicious too.

While the seeds are most common in foods, the bulbs are delicious too. Use them instead of celery in stews and soups, or try them on their own either roasted, grilled, or braised.

Don’t forget about fennel leaves either – these can be used as a garnish just like other herbs. 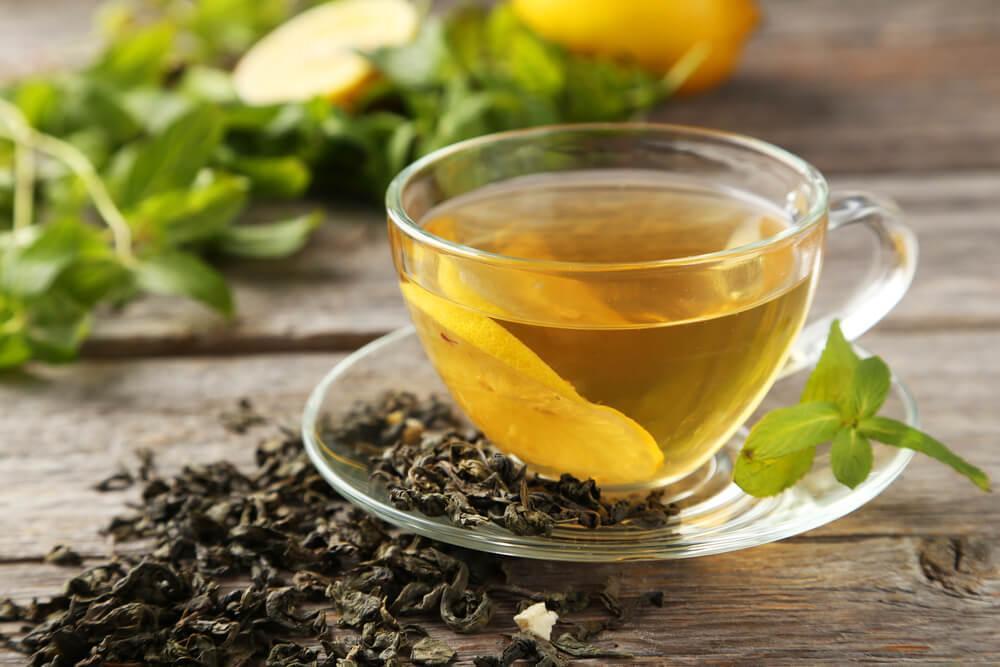 Green tea is another superfood that has been used for centuries for a variety of different purposes. However, recent studies have been emerging that point to the connection between green tea and weight loss, making this an extremely promising ingredient to aid in the weight loss journey.

How does green tea help with weight loss?

In a few different ways, but largely due to its catechin content. This is a group of antioxidants, and there is one in particular that is especially effective – epigallocatechin gallate (EGCG).

This antioxidant promotes the breakdown of fat in the body, something that the caffeine in green tea helps with too. This is especially true if you drink green tea before exercising – you could potentially burn 17% more fat than if you didn’t drink the tea.

Green tea also boosts metabolism, sometimes by up to 8%, meaning that you will end up burning more calories throughout the day, even if you aren’t really doing much.

How to Add More Green Tea to Your Diet

The easiest way to consume green tea is by drinking it, ideally without any sugar. For maximum weight loss benefits, try to drink between three to five cups a day.

If you aren’t a fan of the taste of pure green tea, try using the ingredient in a different way instead, such as:

Wondering whether you should go for matcha or green tea?

Matcha is actually a form of green tea, with the difference being that matcha contains so many more antioxidants. In fact, a single cup of matcha would have the antioxidant equivalent of about three cups of green tea, making it well worth adding some matcha to your kitchen cupboard.

For some, weight loss is easy, while others struggle with it quite a bit, especially when it comes to adjusting their diet. While dietary changes are a must when trying to lose weight, adding in some of these beneficial foods will mean that you won’t have to make quite as many adjustments. Try incorporating these foods into your usual favorite meals to begin with, to see if that makes a difference.