Natural Attractions in England You Must Visit

Home » Natural Attractions in England You Must Visit
Previous Next

Natural Attractions in England You Must Visit

While lots of people travel to England to take in the architecture (who doesn’t want to tour a castle!?), the history, or the royal fanfare of Buckingham Palace, the English landscape itself has a lot to offer. So next time you’re in England, skip the usual tourist attractions and venture out into the wilds of the English terrain.

Wistman’s Wood
Located on the legendary moorland Dartmoor in Devon, I’ve always had a crazy fascination with Wistman’s Wood and it’s had a firm spot on my bucket list since I first heard of it. Pictures of this forest look like they’re taken straight out of a fantasy novel, so it’s no surprise that the woods are heavily associated with Celtic folklore. Legend has it that these woods were used by the Druids to perform pagan rituals, and that they are the home of the hellish ‘Whisht Hounds’ who scour the moors during the Wild Hunt, looking for lost souls. Some of the oak trees are estimated to be 400-500 years old, so just try not to get caught up in that ancient magic when you’re visiting!

Malham Cove
Located slightly north of the village of Malham in North Yorkshire, this huge limestone cliff is absolutely breathtaking. The wall of limestone looks like the wall of an ancient castle from before time existed. Originally, a waterfall flowed over the 260-foot high cove, but now the only water is found in streams which disappear underground and emerge from a complex system of caves behind the cove. And if standing at the bottom of this awe-inspiring cove isn’t enough for you, you can climb up the about 400 stone steps that lead to the top and the famous limestone pavement at the top. If you’re a fan of beautiful views, brace yourself, because the view from the top is stunning. 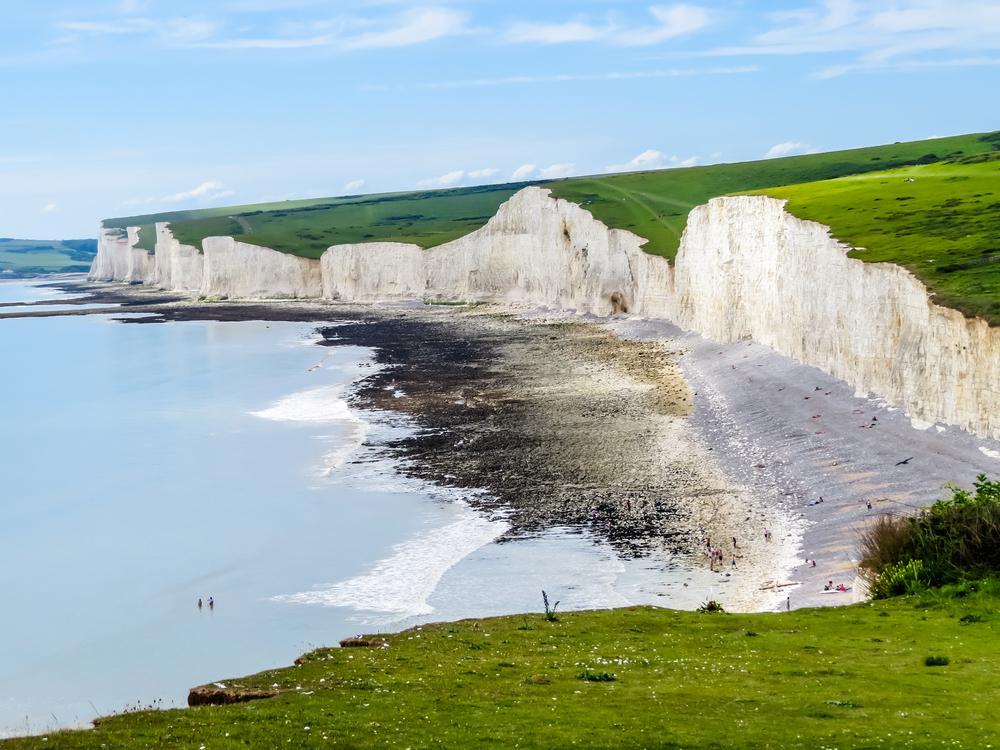 White Cliffs of Dover
These famous cliffs which form part of the English coastline have been inspiring writers and poets for centuries. Facing France, the cliffs spread outward from the town of Dover in Kent. The rock formation really stands out because of its composition of chalk with bits of black flint, giving it a striking appearance. When water travel was the main form of transportation, these cliffs served as the first and last views of England many travelers would see, making them an important historic symbol of England for many centuries.

Sherwood Forest
That’s right, the Sherwood Forest, of Robin Hood fame. Located in Nottinghamshire, this forest spreads over more than 1000 acres and surrounds the village of Edwinstowe. While there, be sure to visit the famous Major Oak, which was said to be Robin Hood’s hideout, but is an impressive feat of nature even without the legend, with estimates that it is between 800 and 1000 years old! Or if you’re more into Vikings than Robin Hood, find your way to Thynghowe, the recently rediscovered area that served as an important assembly place in Danelaw (the area where Danish law ruled England over Anglo-Saxon law) from as far back as the 14th century!

About the Author: Bao Yang